Posted by In Uncategorized 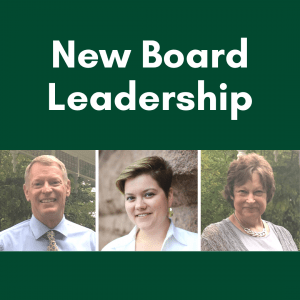 The Community Foundation has welcomed new leadership for its boards of directors. Changes were approved at the September Annual Meeting and took effect October 1, 2020.

Brian Deakins joined the Clay County Community Foundation board of directors for the 2000-2002 term and subsequently served three additional terms. A self-employed professional in Brazil, Indiana, Brian has taken the reigns from retiring board president, Mike McCullough.

Ally Orwig, Senior Director at Indiana Rural Health, joined the Sullivan County Community Foundation board in 2015 and is serving her first term as its board president.

Sally Zuel, serving the first year of her two-year term, will lead the Wabash Valley Board of Directors as its board president. Sally is the Vice President of Human Resources at Union Hospital and joined the Wabash Valley Community Foundation board in 2017.

We extend our thanks to Mike McCullough, the late Judy Harris, and Nancy Rogers for their service as presidents of the Clay, Sullivan and Wabash Valley boards, respectively.