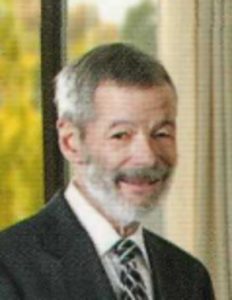 A lawyer by trade and senior partner at Cox, Zwerner, Davis and Sullivan Law Firm in Terre Haute, Guille dedicated his time to the community and was active in numerous civic organizations. Guille served on the Board of Directors of Swope Art Museum and Terre Haute Humane Society, as well as various others. He was a Lifetime Board Member of Rose-Hulman Institute of Technology and served as Chairman of the Board of Trustees from 1995-2001. Guille was elected to the Board of Trustees of the Vigo County School Corporation in 2002 and served as its president. He was elected to the Board of First Financial Bank and served as Chairman of First Financial Corporation from 2012-2019.

Guille especially enjoyed spending time with his beloved grandchildren at his lakehouse home. He was an avid automobile racing fan and was proud of his attendance at over 50 runnings of the Indianapolis 500.

If friends should so desire, memorial contributions may be made to the Wabash Valley Community Foundation, 200 South 8th Street, Terre Haute, IN 47807 or by clicking here.