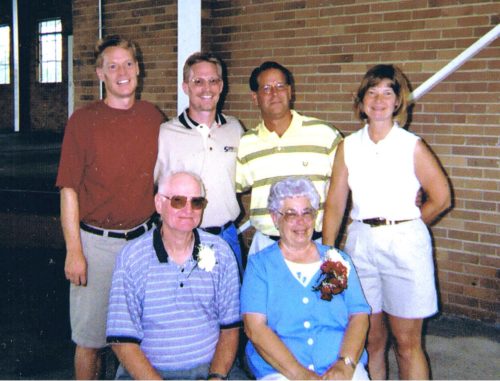 Robert Lewis Deakins was born on September 13, 1930 to Elmer and Fay Deakins. After graduating high school, Robert became an apprentice metal spinner at a company known as Color Craft. He made aluminum drinking tumblers and pitchers. After his apprenticeship, Robert started his own company in 1967 known as Deakins Metal Spinning, Inc.

Robert and Barbara met on December 25, 1947 and were married less than four years later on January 26, 1951. They had four children whose names were Brian, Jeff, Mark and Michele.

The four children wanted to honor their parents and have their legacy live on, so with the help of the Clay County Community Foundation, an affiliate of the Wabash Valley Community Foundation, they established the Robert and Barbara Deakins Scholarship Fund as a Christmas present in December 2000.  Applicants should demonstrate good citizenship through community activities, school activities, and/or employment.