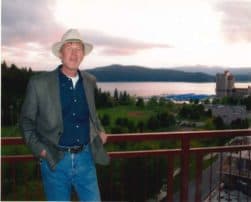 Larry P. Fleschner was born May 24, 1952 to George and Irene Fleschner in Terre Haute, Indiana. He was a graduate of Honey Creek High School, Indiana State University, and Washburn University School of Law. He practiced law in Terre Haute for more than 20 years.

In 1998, Larry decided to stop practicing law and become a full time businessman and entrepreneur. He owned and operated 16 Florida Tan Centre stores in Terre Haute, Evansville, West Lafayette, Danville, Illinois, Decatur, Illinois, Lima, Ohio, and Hamilton, Ohio. He also owned and operated six First Cash Advance stores throughout Indiana. Larry was a founding member of The Indoor Tanning Association, and he was instrumental in establishing national standards for the indoor tanning industry. He was proud that his Florida Tan Centre stores were routinely honored as being one of the top tanning salon operations in the nation.

He was extremely interested in helping young people. Over the years, thousands of young people worked for Larry at the Florida Tan Centre stores. He made sure they learned work and business skills necessary to have a productive work life. Larry was grateful for the many opportunities he had available to him in the Terre Haute area. Vigo County was good to Larry, and he felt it was his duty to give something back to his hometown community. In the last few months of his life, he established and funded several scholarships and a charitable foundation that will help the citizens of the Wabash Valley for generations.

To help deserving Vigo County students, he created and funded the Larry P. Fleschner Scholarship Fund. This scholarship is awarded to a graduating senior from Vigo County.

Larry passed away on September 30, 2007, after a valiant battle with cancer. His generosity and commitment to the young people of our community will continue far beyond our own lives through his funds.  Through these funds, Larry’s spirit, his commitment to his hometown and home country, and his interest in helping others will live on forever.