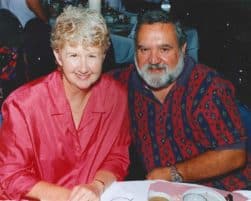 John “Jack” Richard Lower was born in Crawfordsville, Indiana on August 21, 1944. His parents, Mary and Jack, and older siblings, Bill and Mary, soon moved to Terre Haute where Jack attended Schulte High School. Jack graduated from Indiana State University with a teaching degree in U.S. History and Social Studies. He married Arlene Allenbaugh and moved to Pontiac, Illinois, and then to Clinton, Indiana where he not only taught regular classes but also coached four sports. Track, boys’ basketball, girls’ basketball, and wrestling coaching underlined his love of kids and dedication to their education.

In the late 1970’s, Jack, Arlene, and children, Bob, Sally, and Lori, moved to Terre Haute and Jack began teaching at Chauncey Rose Junior High School. Again involved in coaching and history classes, Jack also worked with Newlin Johnson Realty as a general maintenance supervisor of their properties. He had a crew of 5-10 men who reported to him every morning for work assignments before he, himself, went to school.

In 1984, Jack transferred his teaching assignment to North Vigo High School where, along with history classes, he taught Drivers Education. The position of Audio-Visual Coordinator became available and Jack was offered the position. He entered this new field with the same incredible work ethic and enthusiasm his life mirrored. The students and staff loved his energy and sense of humor. He was very organized and covered not only the majority of North events but also school board meetings and activities at other schools.

Jack’s wife passed away in 1994 after a long illness, and he later married a fellow teacher, Jackie Moore. Her son, Eric, and daughter, Cara, added to his family. Jackie was the Dean of Students at North Vigo High School, and their courtship was enjoyed by staff and students in the know. In fact, a school engagement party for Jackie was attended by every teaching and support staff member at North except two. It was dubbed a “Camelot” romance.

After retiring in June 2004, Jack ran for a position on the Vigo County Board of School Trustees and won by an overwhelming majority. Vigo County, student interests, and education were close to his heart and the trustee position was a way to contribute his contributions.

Unfortunately, Jack’s health worsened. He passed away on May 15, 2005 from not recovering from a heart valve transplant and massive heart attack. Jack is well remembered by the many lives he touched. Adults who worked beside him and the students he guided in such a gentle and respectful manner still smile with memories of their interactions. The Media Center at North High School is named the Jack Lower Media Center to honor the man who gave so much time and effort into creating communication among so many.

A scholarship endowment fund was set up by his family for continuing education for a North Vigo High School graduate with interest in some form of communication skills. This fund created at the Wabash Valley Community Foundation will carry on his legacy of benefiting students to carry on their goals of higher education and careers.