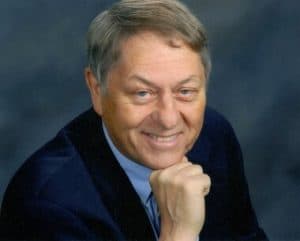 James (Jim) Richard Eifert was born April 10, 1943, in Dayton, to Albert Charles Eifert and Marian Frances (Kramer) Eifert.  A metallurgical engineer, Jim earned a B.S. from the University of Notre Dame in 1965, and a M.S. and Ph.D. in 1967 and 1973, from the Ohio State University. He served as an officer in the U.S. Navy from 1967-1969 in the Civil Engineer Corps, achieving the rank of Lieutenant.

An employee of Rose-Hulman Institute of Technology from 1972 to 2005, Jim served as a professor, Vice President for Academic Affairs and Dean of the Faculty, President of Rose-Hulman Ventures, and Professor Emeritus of Mechanical Engineering. He played an instrumental role in conceiving of and starting Art Spaces, Inc., and the Wabash Valley Outdoor Sculpture Collection. In 2005, Gov. Kernan named him “Sagamore of the Wabash.” He also helped develop Innovation Park at Notre Dame.

If friends should so desire, memorial contributions may be made to the Eifert Family Fund, c/o Wabash Valley Community Foundation, 200 South 8th Street, Terre Haute, IN 47807 or by clicking here.