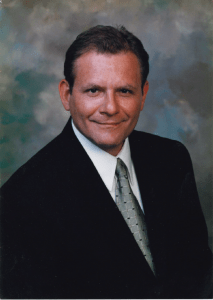 Steve was a 1977 graduate of Terre Haute South Vigo High School and received his degree in Architecture from Ball State University. He held Architectural Licenses in Texas, Illinois, Wisconsin and Indiana, and was also licensed in Interior Design. During his career, especially as the owner and Principal Architect of MMS-A/E Inc.,, Steve worked on projects in 29 states as well as several countries. He was a member of the Royal Institute of British Architects, American Institute of Architects, Rotary International and attended St. Joseph University Parish.

Terre Haute was always dear to Steve’s heart and he wished to return and leave his mark on his hometown. Fortunately, he was able to fulfill this wish and gave many hours and professional services to his community. He was especially proud of his work on the Terre Haute Children’s Museum, the signature feature at the entrance to ISU as well as many commercial buildings, and several projects for Saint Mary-of-the-Woods College.

Steve enjoyed 17 years of teaching in the design department at ISU and considered the ability to pass on his knowledge and experience to others as an important part of his career.

Contributions made to this fund will allow Steve’s memory to be honored and will help preserve his legacy of giving to his beloved hometown.