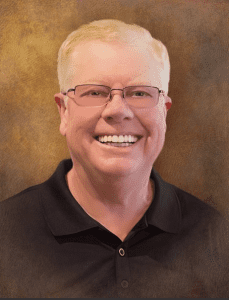 He was the first in his family to graduate college, with a Bachelor of Science Degree and a Master of Fine Arts from Indiana State University. Brian started his career as a Graphic Designer at Scholastic Publishing in New York, New York then on to Freelance Illustrator and Graphic Designer in Chicago, Illinois, before returning to Terre Haute and becoming a Partner in Public Works Studio as well as Assistant Professor/Department Head of Graphic Design at Indiana State University. He was the Founder and President of Graphic Edition, Inc, Co-Founder and President of Miller and White Advertising, Inc., COO and CFO of Rosetta Advertising and Public Relations, and finally, the Owner of Brian Miller Creative, LLC.

The active participation in the following demonstrated Brian’s continuous dedication to his community, most recently serving on the Board of Directors for Arts Illiana and writing several articles for Spectrum Magazine. He held positions as Chairman of the Board for the Terre Haute Economic Development Corp. and the Terre Haute Chamber of Commerce. He served on the Board of Directors for the Hospice of the Wabash Valley, Swope Art Museum, and the United Way of the Wabash Valley. Brian was the past Marketing Chair for United Way of the Wabash Valley and the Terre Haute Tomorrow Community Initiative. He was a Paul Harris Fellow of Rotary International and a valued member of the Pillars of the Community. His generosity and giving freely of his talents were felt throughout many more organizations.

During his 50 years of experience in marketing, advertising and publishing, he was granted many professional creative awards ranging from the Addy’s American Corporate Identity, Silver Microphone, PRS Pinnacle, Telly, and Summarit Awards. Brian was proud of the following community recognitions: Junior Achievement Business Person of the Year, two-time Richard D. Newport Award by United Way of the Wabash Valley, Community Service Award by Breakfast Optimist Club, Vocational services award by Terre Haute Downtown Rotary, “Terre” Award for community service and the Small Business of the Year Award through the Terre Haute Chamber of Commerce.

Most of all, Brian will be remembered for his storytelling: The fish that got away, the most mushrooms ever found, golf eagles, the longest drive…

If friends should so desire, memorial contributions may be sent in Brian’s memory to Wabash Valley Community Foundation, 200 South 8th Street, Terre Haute, IN 47807 or by clicking below.